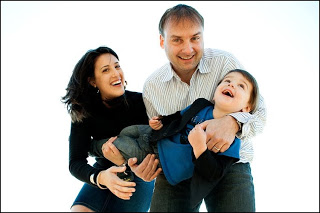 Wedding photographer? Check.
Mom? Check.
Wife of a drummer in a platinum-selling band? Check.
Robin Shetler, New Member class of 1992, has a great deal on her plate these days and part of that she owes to her time at Florida State.
While serving as AXO’s Panhellenic representative and a Rho Chi during the fall 1995 rush, Robin made a connection that would change her life forever: one of her rushees knew the members of the Gainesville-based band, Sister Hazel and introduced Robin to them. A year later, when Robin moved to Gainesville for law school she developed a friendship with the band’s drummer, Mark. Many years and two states later, they married in 2002. In 2008, they welcomed their first child, Miles.
After two years of practicing music law in Nashville, Robin took a job in Atlanta, Georgia where she shifted her focus to corporate technology law and, for the past 10 years she’s served as in-house counsel for publicly-traded corporations in Atlanta, specializing in technology, software licensing and outsourcing.
But that isn’t all.
On nights and weekends you’ll find Robin out shooting weddings or day-in-the-life portrait sessions – a passion she hopes to make a full-time career in 2012.
And, occasionally, when work, photography and motherhood give her a night out, you’ll find Robin at a concert, dancing in the audience while her husband bangs on the drums.
You can catch up with Robin on her website: http://www.robinshetler.com/ or via email: email@robinshetler.com.