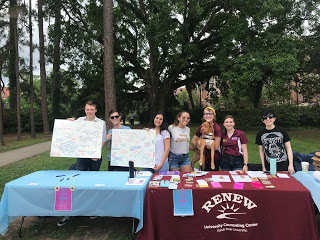 This past Tuesday, April 9th, our Beta Eta sister, Jaylene Sosa, hosted her very own event called “Let’s talk about it”! Jaylene, having noticed that many Florida State students were unaware of the variety of resources that FSU offers to students on campus, along with the amount of students on campus struggling with mental health issues and in need of support, decided to take action and help students become aware of the helpful resources they are provided with. This inspired her to create her event “Let’s talk about it”, consisting of tabling on Landis Green from throughout the day.

At Jaylene’s table students were able to both write and read words of encouragement on poster boards, along with providing students with pamphlets from RENEW (Realizing Everyone’s Need for Emotional Wellness), Florida State’s University Counseling Center, about how to properly care for one’s mental health and how to seek out help on campus. Jaylene, being aware of these resources herself, reached out to multiple mental health organizations, including RENEW, the National Alliance on mental illness on campus and in Tallahassee, and the Out of the Darkness, a suicide awareness walk organization, in order to share their resources with students at her event. Wanting to make students more aware of the opportunities that both FSU and the Tallahassee area provide to care for mental health, Jaylene made these resources easier for students to find by handing out pamphlets and spreading information. Along with this, executive members of Out of the Darkness tabled alongside Jaylene, raising awareness about suicide and its prevention, as well as getting students to register for their walk.

During the event itself, one student in particular stuck out to Jaylene, leading her to making a connection with him. This student perused over majority of the pamphlets, taking a few for himself. The student then spoke with Jaylene, telling her what mental health meant to him and how much her efforts at the event touched him. According to Jaylene, “He didn’t seem to believe that people out there actually wanted to sit and support him, and to make sure that had access to the correct resources,” however, that is exactly what Jaylene set out to do. This interaction is what proved to Jaylene that her efforts to help were worthwhile, stating that “that meant a lot to me seeing as my reasoning for doing the event was right in front of me, fulfilling me.”

Not only is a tabling event such as this helpful to those that attend it, but to those that host it. Being aware of and caring for one’s mental health is so important, and is something we should be aware of the resources for. The stigma of not talking about mental health issues should be a thing of the past, an issue Jaylene is working to eliminate. We are so proud of Jaylene for planning this event all on her own, and caring for her fellow students. Thank you to everyone who helped our sister put on such a success!! 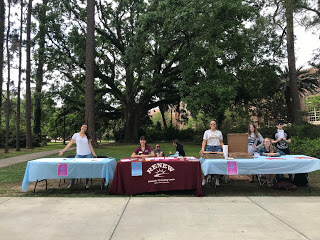 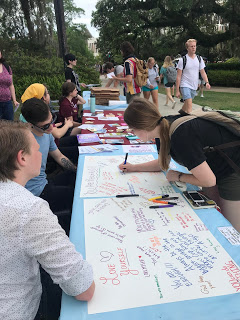 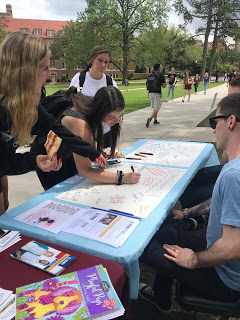