“As an intern, I gather up a database that we will be using to inform the public about the events surrounding the college football championship game and the game itself that will be at Raymond James stadium here in Tampa, Florida. I’ll work this internship up until the championship game in January so there’s more little tasks involved like contacting news and radio stations and getting air time for advertisements and interviews. I also get the opportunity in December to work at the St. Petersburg bowl game that’s played in Tropicana field with Trifecta team, and it’ll be my second year doing that job for them! 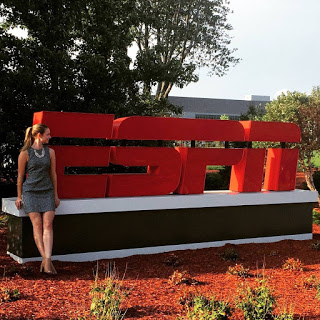 “I eventually want to work in operations for a sports company. My ultimate goal is to do event operations for ESPN! I love my internship now because I get to be very involved with the planning and work that goes into the PR surrounding the college football championship game.”